Barcelona’s youth training camp, La Masia, has always contributed a steady stream of talents to the first team, but in recent years, in addition to Fati, many young youth training including Alenia and others have played in the Barcelona first team. The position is not very stable. Many La Masia players have not been able to gain a foothold in Barcelona, ​​but have shined in other teams. "Marca" recently made an inventory of these leftover beads of the Barcelona youth training. 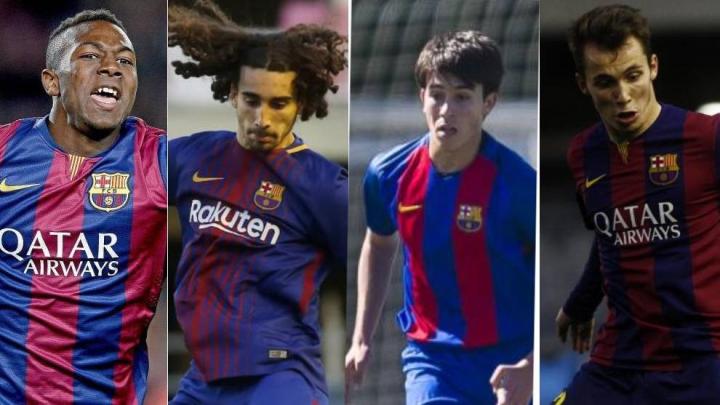 The first is naturally Adama Traore and Eric Garcia, they have just completed the first team debut of the Spanish national team. Adama changed from "death" to a muscular hunk, and was reborn in the Wolves; Barcelona also had news of repurchasing Garcia in the summer, but ultimately failed to negotiate.

Garcia still has a one-year contract. He used to be La Masia's most potential defender. His departure at the time was a major blow to La Masia. Adama Traore also found himself in the Premier League after hitting a wall at Barcelona.

In the left position, Barcelona also lost a lot of talent. Cucurella played the role of wingback under Bordalas, and continued to perform stably in Getafe. When Barcelona were worrying about Alba's replacement, this set off was even more embarrassing. There is also Juan Miranda, who was once and Cucurella regardless of Xuan Yuan, and has now left. There is Grimaldo, who played in the national team at Benfica and became a hot seller in the transfer market.

The most recent La Masia youth training to leave Camp Nou is Carles Perez. He had a stable playing time under Valverde, but then he played less and less time, and went to the winter window of 2020. Rome. As a result, after he left, Dembele suffered a serious injury shortly afterwards, and Barcelona could only spend 18 million euros to buy Brethwaite to help.

Finally, there was Murray. Barcelona had expected him to report, but in the end they did not negotiate a contract with him. The right back has now become a member of Dortmund's first team and has played 5 times.